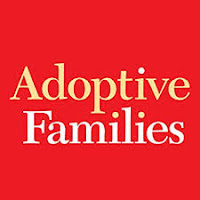 With my older son away at college, I’ve been heartened by the maturing and strengthening of the bond between us despite his “new normal.” Still, I sometimes lapse into moments of self-reflection as to our earlier years of attachment struggles, further reassuring me with hope for the future and our relationship. 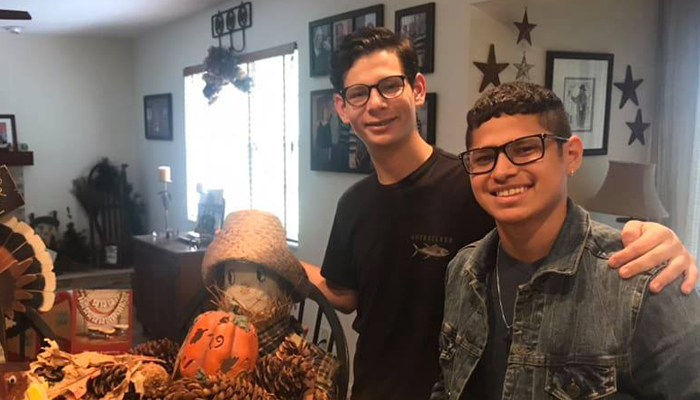 While making my older son’s bed before he was due home from college for Thanksgiving break, it was as if time took a backwards swing. I last made his bed the night before I left for Brazil to meet him and his brother, then twelve and nine years old. Eight years later, still the same one, but the bed’s comforter is now worn and faded, and flaccid to the touch.

From the start, Matt was excited to have his own room, his own personal space unlike anything he ever had before, but its subdued environs were anything but tranquil for him. For the first few years, Matt only used his room during the day; at night he slept on the spare bed in his brother’s room. Unspeakable, blurred memories of his earlier childhood seemed to scream the loudest during the stillness of the night. Soft music playing on the radio and nightlights were mainstays in getting him to sleep on his own. And he’d incubate himself each night with his comforter, as if it were a cocoon, only to emerge anew, unharmed, the next morning.

During the day, Matt enjoyed the solitary confines of his room as a quiet place to play with his Legos, draw, and listen to the radio—but only of his own volition. As I shared in my memoir, See You Tomorrow…, timeouts in his room only added more fuel to his over-heated fury, like a caged animal consumed with his desperation to escape. Many hours were spent trying to stop him from punching more (or bigger) holes in the walls and doors and talk him down. An hour could go by with my keeping a secure hold on him, still struggling to calm and relieve him of his fright and narrow-minded focus on wanting to flee. “When you are able to speak in a calm voice…” “be still…” “talk to me…” were phrases I’d repeat over and over like a broken record that would eventually subdue his hostility and aggressive posturing.

Even when I wasn’t the target of Matt’s enraged behavior and hostile attitude, I often felt used, as if I were there simply for his convenience—to give him money, drive him around, and keep things going according to his schedule. With the wearing down of my stamina, I began to feel numb inside, feeling little or nothing for him at times. How could I when his wall of defenses seemed impenetrable, and he seemed determined to keep me on the periphery?

And yet, I went through the motions; I strove to be “there” for Matt, just as I strive to be “here” for Lucas, now a sophomore in high school. I attended his events, asked for his input on family matters, threw out hit and run tips in efforts to guide him, and gave him kudos for any good deeds or accomplishments. I tried to maintain a precarious balance in negotiating Matt’s earlier history of relationship disruption and staying tuned into and accommodating his need for control. But a year or two before Matt left for college, there seemed to be a lightening of his mood and more purposeful effort on his part to relate; it was as if seeds that were sowed and nurtured over the years began to bloom.

We were bonding again, and memories of any past misgivings would be waylaid at the mere sight of him, fronted by his broad smile. When I picked Matt up at the airport, I got a real hug, and we chatted the whole way home in the car—a half an hour! And he didn’t just chat with me; he was forthcoming with everyone throughout the weekend. He also was interested in partaking in whatever was on the agenda, even volunteering, without any ulterior motive, to go with me on a run to the grocery store.

Sadly, even with the strengthening of his relationship with me, Matt and Lucas had grown more distant over the past year. While they embraced when they first met up again, relations between them continued to stall over our long weekend together. As if the brothers had traded roles, Lucas now seemed circumscribed to lurking in his brother’s shadow. When they first came from Brazil, Matt’s adjustment difficulties were more readily apparent than his younger brother’s. With his speech impediment, it was tougher for him to learn English and express himself. Lucas had no such trouble, becoming functional with the English language in just two months and well-known and regarded for his articulate, outspoken ways soon after. Over the past year, however, Lucas had been struggling in school, and become more isolated and withdrawn. There were times he seemed unnerved by his own life’s sour turn in contrast with his brother’s newfound confidence.

Throughout the break, I’d catch Lucas staring at his older brother at times, as if daring him to unleash his angry side. In contrast, Lucas had always kept his true emotions hidden beneath his outward charm and the intensity, depth, and sharpness of his intellect. With Matt, I endured years of his self-righteous indignation, harsh verbal lashings, vicious slamming of doors or pounding on furniture—but at least he expressed his anger. Perhaps feeling freer with his brother away, Lucas has been expressing his anger more directly, even explosively.

Unlike his brother’s extroverted ways, Matt was fine with leaving others in doubt as to the profundity of his awareness, wit, and insight. He also was quick to claim indifference rather than risk failure and/or rejection for his efforts or interests. Where his brother positioned himself as the authority on all matters of the world, Matt tended to shrink back for fear that he couldn’t compete. The obvious strengthening of Matt’s self-confidence, not to mention his willingness to put himself more “out there,” has been nothing short of miraculous. Even his speech seemed clearer and more intelligible, and I wasn’t the only one who noticed. He cares now; he was afraid to care before.

And just like that, the weekend was over and I was back at the airport with Matt for his early flight back to school, where I again choked up. As I reached to hug him goodbye, the familiar wave of longing flooded my emotional bearings and I felt myself folding like a house of cards. Though it might have been hard to see through my own tears, I believe I saw a glint in his eyes as well before he hastily turned away and made a beeline for the terminal’s entry doors. But I was “fine”; I had already been through this and will undoubtedly do it again a countless number of times.

On the drive home, ignoring the empty seat beside me, I recalled how I had found Matt that morning, fast asleep in his bed with his comforter covering him from head to toe. “Still?” I thought, surprised at first. But as I gave it some thought, I wondered about what really mattered in the grand scheme of life. Old habits might die hard, but perhaps understandable when their initial function was so fundamental. I guess no matter how things might change for the better, there still are rudimentary needs deeply ingrained and influenced by life’s experiences. Even if it sometimes means heeding the urge to take cover under the reassuring, protective folds of one’s security blanket. 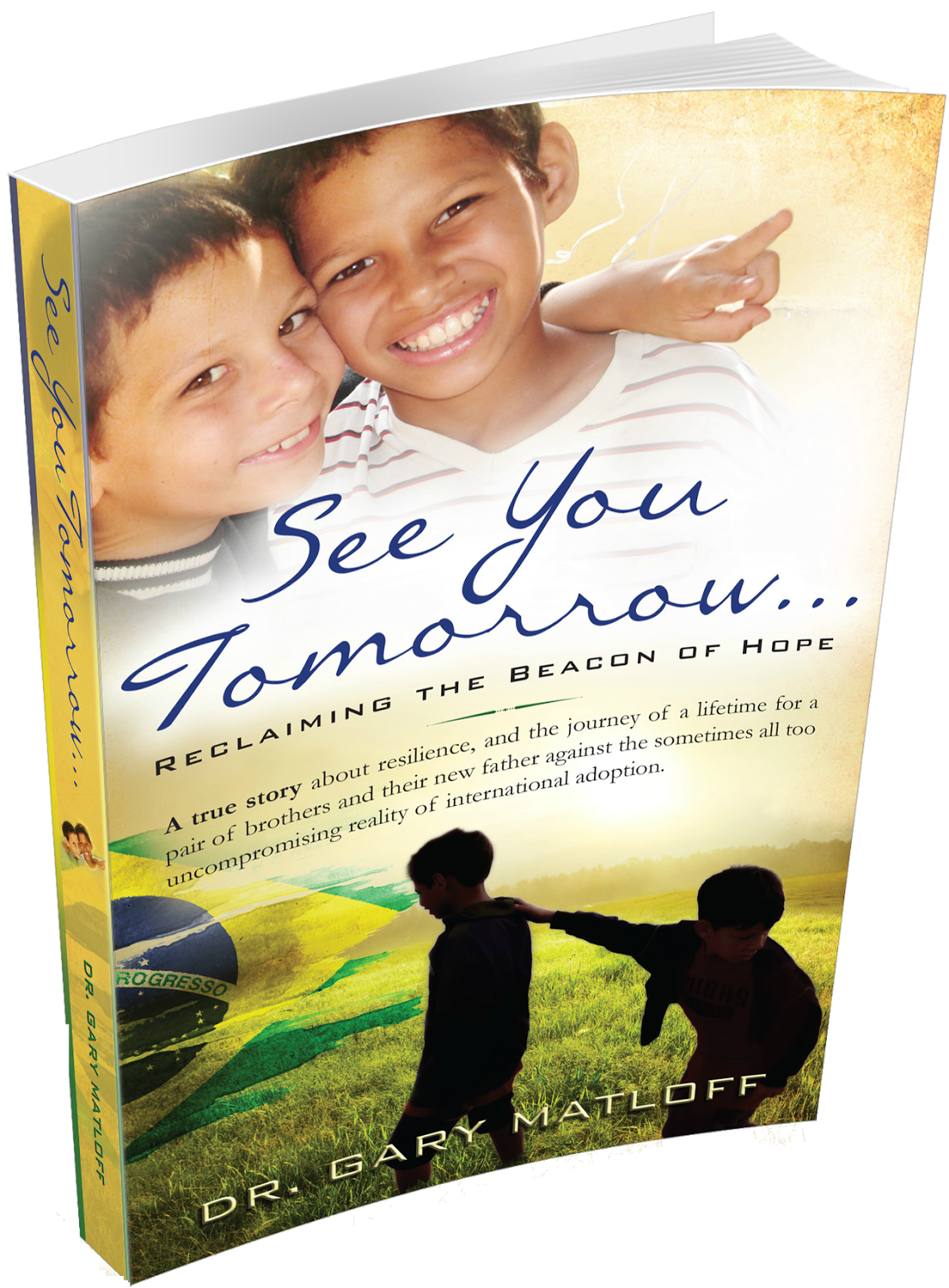